It’s been a busy time of conference and fieldwork season and our editors have been travelling off to various destinations in the name of applied ecology. Find out what they’ve been up to in this gallery and, if you have your own #PostcardsFromTheField to share, send us an email or Tweet us (@JAppliedEcology). 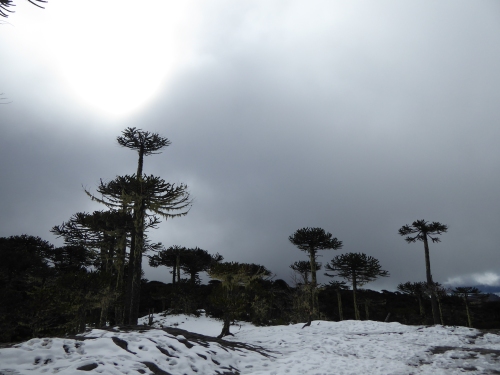 Meredith Root-Bernstein was at an art-science fieldwork/ workshop trip in the Piemonte pre-Alps near Biella (Oasi Zegna).

Angela Strecker sampling ponds at Mount St Helens National Volcanic Monument (USA) that were created by the 1980 eruption. She’s interested in the successional patterns of communities in these newly formed habitats. 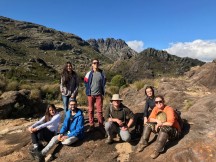 Rafael Zenni’s lab group have just come back from the Itatiaia National Park, in Southeast Brazil, where they have been sampling non-native animals and plants along the Park’s trails and roads. Their goals are to evaluate the risk of non-native species becoming invasive in the park’s natural ecosystems and to develop a prioritisation tool for the management of non-native species in protected areas. Here they are at the Abrigo Rebouças (Rebouças refugee) with the Pico das Agulhas Negras (Agulhas Negras Peak) behind. The projected is funded and supported by ICMBio and CNPq-Brazil, and they are the Laboratory for Biological Invasions and Conservation from the University of Lavras, Brazil.

Kulbhushansingh Suryawanshi was doing field work in Kyrgyzstan. Kyrgyzstan is widely considered to be the country farthest from any ocean. But it does have the 6,200 square kilometre wide Lake Issyk Kul (foreground) and the Tien Shan Mountains with peaks rising above 7,000 m.