Both seals and humans prey on fish and so potentially compete for the same resource. Such competition is vividly illustrated in the controversy surrounding the effect grey seals have on cod in a number of regions including Canada and the United Kingdom. The strength of belief that seals are detrimental to cod fisheries has resulted in their populations being subject to selective culling in order to reduce predation. However, just as fishers complain bitterly 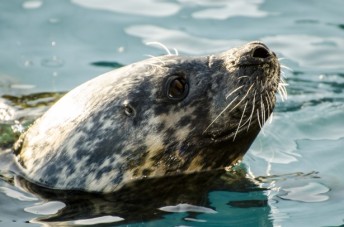 about losses to seals, conservationists express disgust that seals should be killed to support exploitation of already over-fished stocks. Faced with deeply divided opinion, policymakers turn to science for help. However, scientific evidence rarely satisfies either position because it is a matter of opinion whether or not the effect of seal predation is “too large” and that opinion will depend on the value attached by society to seals and cod.

Science can, however, attempt to quantify the interaction between seals, cod and the fishery so that the effect of management interventions satisfying societal preferences can be evaluated. In our recent paper we were able to make a direct estimate of mortality rates due to fishing and seal predation on a cod stock in the West of Scotland, a stock already depleted by intensive fishing. The analysis was facilitated by the availability of cod diet data from the Sea Mammal Research Unit at the University of St Andrews in years with contrasting cod stock sizes. The estimates of mortality rates suggest that the predation rate by seals has increased while that due to fishing has decreased in the last decade. Interestingly, these trends appear to be directly related to the declining size of the cod stock rather than any change in the size of the seal population. Predation due to seals seems to exhibit a type II functional response resulting in a higher per-capita seal predation rate as the cod stock d 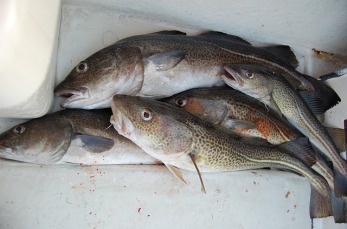 eclines. In contrast as fishery managers have witnessed a decline in cod biomass they have imposed increasingly stringent controls on fishing fleets that appear to have reduced exploitation rates. The net result has been that despite reduced fishing the total mortality experienced by the cod stock is little changed and large enough to prevent a recovery of the stock.

The unfortunate coincidence of a depleted cod stock and a high mortality rate encourages stakeholders to seek to attribute blame to a single cause whether it is seals or fishing so that a simple solution satisfying their view can be found. This blame game distracts us from facing up to the critical issue of seeking a consensus on how much value we attach to cod as a resource for food, supporting an industry and employment, and how much we value seals as a recreational resource within a diverse ecosystem. We hope that our work provides one step toward providing the tools to assess the consequences of different societal choices about the balance between seals and the fishery. Using our results it is now possible to build a predator–prey population model that considers seal predation dynamically to investigate the recovery prospects for the cod stock under different assumptions of seal population size and fishing intensity.