Shortlisted for this year’s Southwood Prize early career researcher award, André Frainer talks us through his work on river restoration and habitat heterogeneity. 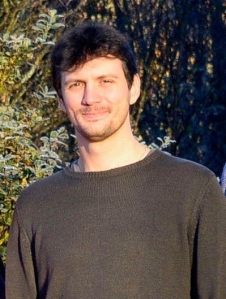 When rivers are drained, dredged, channelised, or altered in a thousand different ways, they face an almost imminent loss of biodiversity and important ecological functions. This is often a consequence of the loss of habitat diversity and the fauna and flora that thrived in those habitats. Thus, restoring rivers to conditions resembling their original state should be a no-brainer, right? Well, data indicates that river restoration isn’t necessarily leading to improvements in biodiversity.

In the past three decades, diverse attempts to restore rivers across the world have been carried out. Side walls that block side channels have been decommissioned, rivers have been given space to meander again, and the physical structures that were once commonly found inside many rivers, like boulders and tree logs but had been removed to facilitate human use of waterways, have been placed back in some of those rivers. Despite the many different attempts, biological assessments keeps indicating a nearly null effect of river restoration on biodiversity. Together with my colleagues and PhD advisors from Umeå University and SLU-Uppsala (Sweden) we moved beyond standard assessments of biodiversity, like species richness and abundance, and looked into the functional composition of those communities. We also assessed important ecosystem processes, such as litter decomposition, algal biomass accrual, and transport and deposition of fine particles. The aim was to see if restoration of habitat diversity could alter ecosystem functioning even if it did not have detectable effects on other levels of biodiversity.

Our results were clear. River restoration, particularly those efforts that considerably increased habitat diversity, had a very important effect on the functional composition of the aquatic invertebrate community. As a consequence, we were able to detect a clear effect of river restoration on litter decomposition and also on the deposition of fine particles. These results open the possibility to consider ecosystem processes and related variables, such as functional composition of the invertebrate community, more closely when assessing the success of restoration efforts.

André Frainer is research scientist at the Norwegian Institute for Nature Research (NINA) and an associated researcher at UiT The Arctic University of Norway, both in Tromsø, Norway. His research focuses on understanding how and when anthropogenic factors, including human-induced climate-change, can affect species functional diversity, and, in turn, how changes in functional diversity can affect ecosystem functioning. During his PhD at Umeå University he focused on the study of stream invertebrate biodiversity and its effect on litter decomposition. His current work at NINA and UiT also includes the analyses of both freshwater and marine fish, with a strong focus on Arctic ecosystems. André Frainer moved from Brazil at the end of his Masters, and is now adapted to the colder northern latitudes, where he enjoys sampling half-frozen streams or analyzing distributional shifts of Arctic species. The paper published in Journal of Applied Ecology was a very important contribution for the progress of his research career and he is thankful for the support and invaluable contribution from his PhD advisors Brendan G. McKie and Roland Jansson, and former post-doc Lina Polvi.