In this Q&A, we find out more about the author and research: “Detecting early warnings of pressure on an African lion (Panthera leo) population in the Queen Elizabeth Conservation Area, Uganda” behind the brilliant cover image of our inaugural issue.

What’s your article about?

Our article is about the status of African lions in western Uganda and how a recently developed population survey technique could help us track the health and status of lion populations more broadly across the continent. We sought to test a recently developed lion census technique pioneered in the Maasai Mara of Kenya to assess the status and health of a rare population of tree climbing lions in the Queen Elizabeth Conservation Area (QECA).

Using useful but often overlooked movement and sex ratio parameters, our paper shows that the lions in this part of Africa have expanded their range size by ~400% and 100% respectively for males and females. Additionally their sex ratios are skewed towards males.

What is the background behind your article?

A recent review by an international team of authors showed that the majority of historic lion surveys implemented in Africa and Asia were made using total counts, call up surveys, track counts and mixed methods. This is problematic because an imprecise picture of lion numbers in key population source sites could impact conservation triage and prioritisation of funding, the setting of hunting quotas and translocations.

We wanted to use the Ugandan study site in Queen Elizabeth National Park as a key study site to trial the method applied by Elliot and Gopalaswamy (2017) in the Maasai Mara. The last time a lion survey was done in this region was over a decade ago and there was virtually nothing known as to how many lions remained in the ~2500 km2 area.

Did you have any problems setting up the experiment/gathering your data?

The QECA was a tough place to work. It’s on the equator so it’s hot and temperatures regularly reach over 40oC. I remember getting stung by either a hornet or wasp and having an anaphylactic reaction in the Ishasha region. I was 3 hours away from Bwindi Impenetrable Forest and thought “man this is going to be tickets”. Luckily I swallowed about 8 allergex tablets and was fine in an hour. One of our biggest challenges was not being able to get into the eastern most extent of the park; it was simply too muddy, too thick and we would have needed a tank or Unimog to get in there to look for lions.

Where you surprised by anything when working on it?

How easily we found lions. When we did find lions we spotted them easily because they climbed trees. Ironically this high detection rate didn’t translate to a high density of lions. This is a central thesis of our paper and many coming out from the lion surveys in the Maasai Mara; just because you see a lion does not mean that there are a lot of them around. This is the key behind the ability of scientists to estimate detection probability effectively.

What are the key messages of your research?

By using lion movements and sex ratio we can make more useful inferences about how lions are doing in an area. This is not so much about numbers as much as it is about the additional information that is found within spatially explicit capture‐recapture (SECR) modelling. You can generate abundance, density, and then sex ratio and how lions move through the landscape. Ours is the first study which estimates the minimum home range size of lions using SECR and compares them to a historic estimate of lion range size.

What does your work contribute to the field?

A method that may be used to track the status and health of lion populations more broadly in Africa. This just cannot be achieved using primitive track counts and call-up surveys which have pretty wide confidence intervals. You are essentially wasting data by not including the individual identity of animals into the density estimation process.

Does this article raise any new research questions?

Yes most certainly – it shows that one can generate minimum home range size from SECR estimates. This can be used to indicate some baseline of how an animal species (in our case lions) is doing in an area. This is all the more the case if one has some historic tracking data (say from radio collars or GPS).

What is the broader impact of your paper (outside of your specific species/study system)?

The use of movement data for comparisons in home range size should be investigated further. Our estimates provide a low resolution minimum home range size with only 163 lion detection made over 93 days. Further studies testing the effect of sample size (in the number of detections) and comparisons between SECR-based range size and 95% kernel estimates (made from satellite or radio collars) would be incredibly useful.

Who should read your paper (people that work in a particular field, policy makers, etc.)?

How did you get involved in ecology? 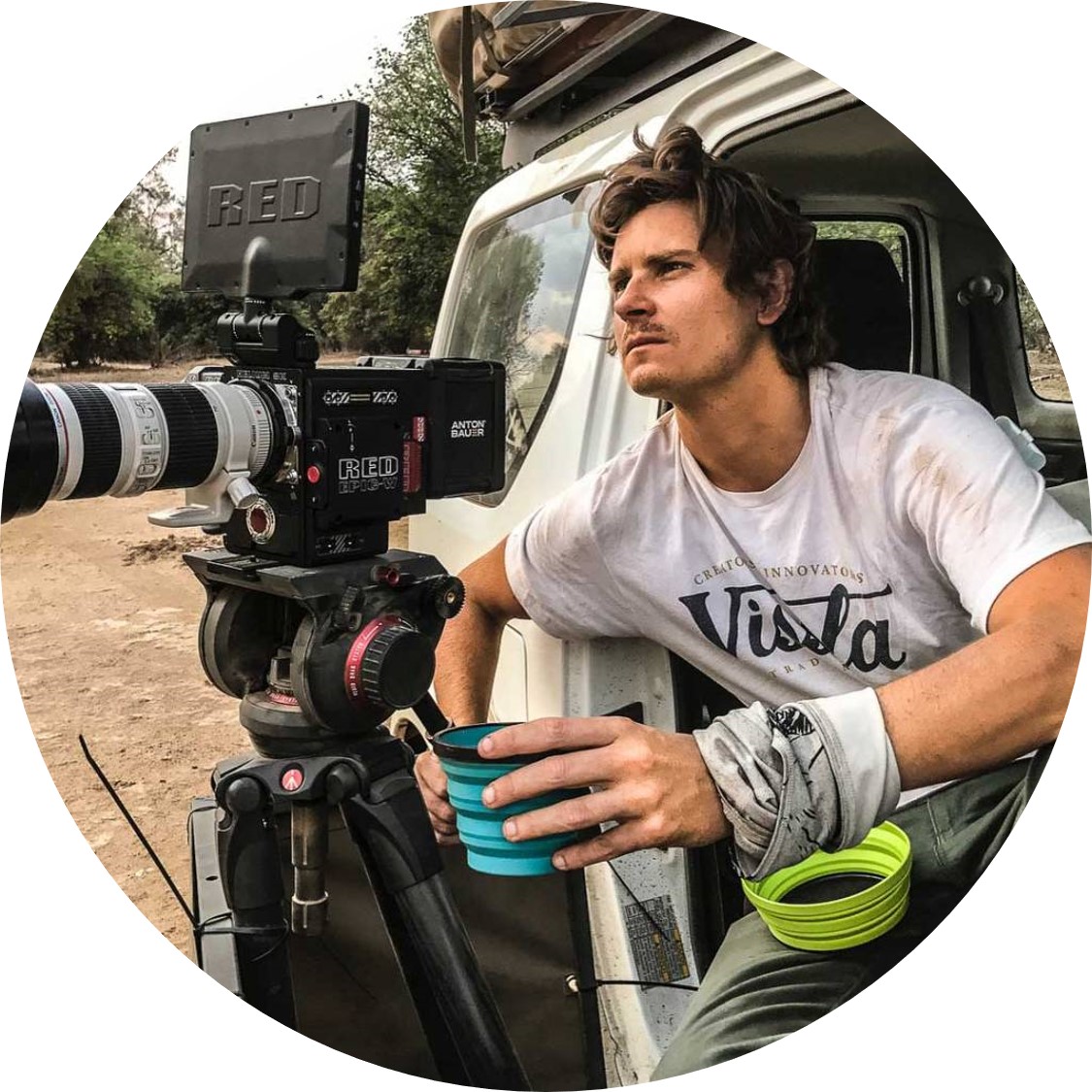 I was incredibly lucky to live and study in the southern Cape of South Africa. Humble beginnings in a small forestry college in the city of George, South Africa where I had leopards running around my university campus.

What are you currently working on?

Trying to figure out a way to raise money to return to Uganda for more applied conflict work.

What project/article are you most proud of?

I’m proud of this science but am not proud of the fact that I left when lions clearly needed help. Conflict in the study site is clearly an issue and lions will go extinct in the QECA without serious investment of resources. 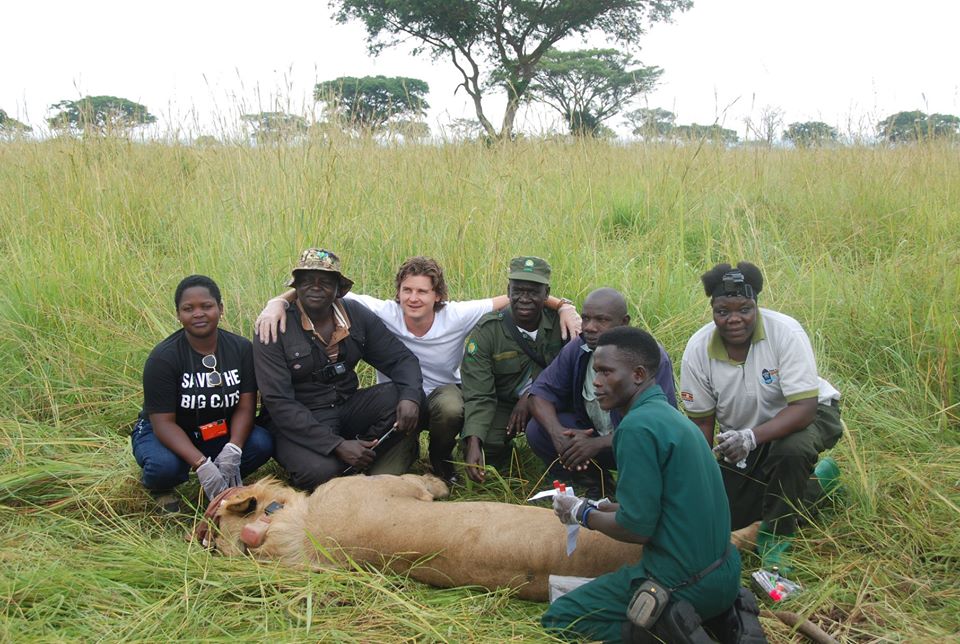 What is the best and worst thing about being an ecologist?

What do you do in your spare time?

One piece of advice for someone in your field…

To all the young biologists thinking about a career in science, think incredibly hard about whether you want to get a PhD – especially in the current job climate amidst a global pandemic.

Some more photos from the author:

Read the full research: “Detecting early warnings of pressure on an African lion (Panthera leo) population in the Queen Elizabeth Conservation Area, Uganda” in Issue 1:1 of Ecological Solutions and Evidence