Research by De Frenne et al. published earlier this year revealed that dogs excrements contribute a significant amount of nutrients to nature reserves and warned of their potential negative impact on local biodiversity. Here, the authors respond to the international media coverage and the subsequent questions and comments they have received since their study went global.

We recently published an article in Ecological Solutions and Evidence on the nutrient inputs by dogs in four peri-urban nature reserves around the city of Ghent in Belgium. The key finding from our study – which was also surprising to us – was the sheer amount of nutrients dogs seem to contribute to these reserves: we found that their nitrogen and phosphorus contributions can be as high as 11 kg N and 5 kg P per hectare per year. The phosphorus is predominantly in the poo (solid waste) while the nitrogen is more or less coming equally from the poo and urine.

Following a press release (English and Dutch) jointly coordinated by Ghent University and the BES, our findings received extensive national and international media attention. They were covered by Belgian national radio and TV stations as well as international media, radio, newspapers, magazines and websites such as the BBC, the Washington Post, The Guardian, Sky News, New Scientist, and The Times.

It’s fantastic that our scientific findings were disseminated extensively to the broader general public especially because they were also picked up by managers of woodlands and nature reserves as well as policy makers, potentially leading to a better management of our landscape and to lower biodiversity loss and ecosystem functioning impacts. The implications of our paper were even discussed in the Commission for the Environment, Nature, Spatial Planning and Energy of the Flemish Parliament.

Our findings also raised important questions, both from journalists and from the public.

It became clear to us that nutrient pollution as a biodiversity threat is sometimes harder to grasp than other drivers of biodiversity loss such as climate change and deforestation. Hence, we dedicate this blog post to clarifying a few of these questions on the consequences of our findings to avoid misinterpretations of our study:

Are these nutrients distributed equally among the nature reserve?

We did not specifically assess spatial patterns in our study and simply counted the total amount of dogs along a transect. Our transects were laid out such that the whole study site could be inspected and hopefully no dogs were missed. Thus, we estimated the potential total input across the whole area which resulted in the reported 11 kg N and 5 kg P per hectare per year.

Nevertheless, it is known that dogs do not always deposit their waste at random places. The amount of deposits most probably decreases away from the walking paths, entrance gates and the most visited parts of the reserves, as confirmed by research conducted in cities across Britain (Brighton) and Finland (Lahti and Helsinki). Deposition in well-fenced areas is also unlikely. 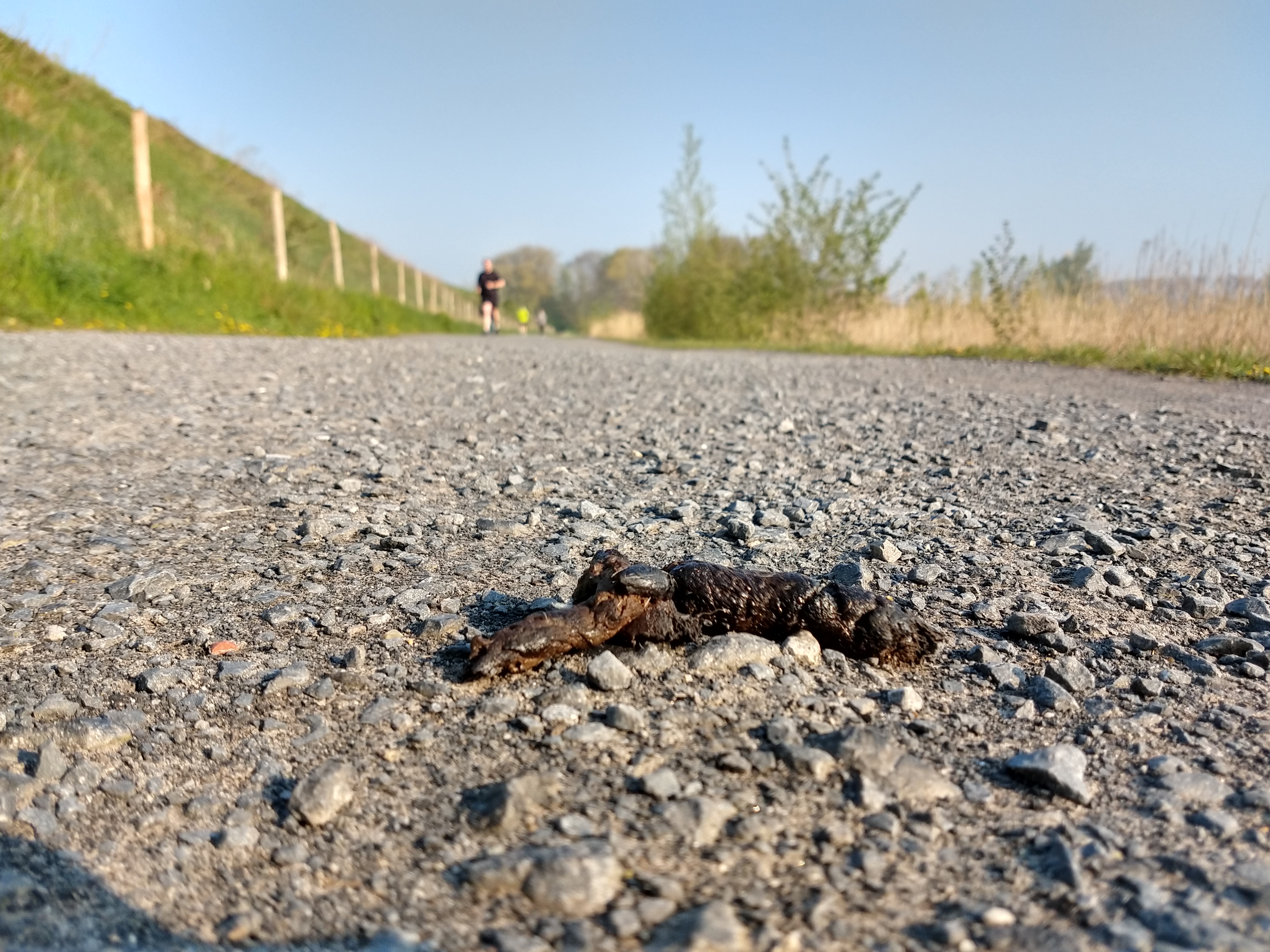 If nutrients are not distributed equally but mostly in the vicinity of the walking paths, this of course strongly increases the deposition levels in those areas while other areas are largely unaffected (as shown in our article).

Is this a reason to ban dogs from all nature reserves and woodlands?

Walking a dog brings lots of physical and mental benefits to both dogs and their owners. For instance, the physical activity associated with walking in general is correlated with the prevention of chronic diseases for humans.

Our findings quantify for the first time the potential nutrient input of dogs in nature reserves.

This information provides further argument for land managers and policy makers to deal with and communicate about the effects of recreational pressure on biodiversity, and it is then up to these practitioners and decision-makers to enact changes that would be best for their specific nature reserves. Keeping dogs leashed, collecting and disposing of faeces, and installing facilities such as off-leash dogs parks and dog toilets in less sensitive areas can largely solve the problem. By collecting the poo, more than half of the nitrogen and 97% of the phosphorus is already exported. For vulnerable vegetation close to walking paths, fencing could also be an option.

Are these deposition values representative for other cities and areas?

Our estimated potential fertilisation rates are most likely representative for other peri-urban nature reserves close to cities with similar human and dog population densities. Hence, whether the city is in Belgium, the Netherlands, the UK or the US the estimated nutrient inputs are most likely similar.

What might differ, of course, is the behaviour of the dog owner and the rate at which the faeces is picked up. Our fertilisation values are probably not representative for more remote, rural nature reserves and woodlands that are situated in less populated regions and are less frequented by people (and their dogs). In such instances with fewer visitors, nutrient inputs will also be lower. We did not study these aspects and thus requires further research.

Does this mean that other nitrogen and phosphorus sources (e.g. from farming, traffic or industry) need to be less restricted because dogs already bring in so much?

Our findings are completely independent from atmospheric nitrogen deposition. They are simply additional inputs, mostly in the vicinity of the paths. We found that nitrogen input by dogs can amount to half of the atmospheric deposition levels but the input by dogs is restricted to areas near walking tracks in peri-urban nature reserves and can largely be remediated by dog owners.

Atmospheric nitrogen deposition is caused by agriculture, traffic and industry, and is a much more systemic problem, spread out all over Western Europe. Our results thus should absolutely not be used as an argument against dealing with the general nitrogen and phosphorus problem.

Do you have a question? Comment below or ask your question on Twitter by tagging author Pieter De Frenne (@PieterDeFrenne) and ESE (@AER_ESE_BES).

Read the full article: “Nutrient fertilization by dogs in peri-urban ecosystems” in Issue 3:1 of Ecological Solutions and Evidence.