This guest post was written by Kulbhushansingh Suryawanshi, who was awarded the 2013 Southwood Prize for his paper People, predators and perceptions: patterns of livestock depredation by snow leopards and wolves published with Yash Veer Bhatnagar, Stephen Redpath and Charudutt Mishra.

Carnivores and pastoralist make very uneasy neighbours! Carnivores affect the livelihood of the pastoralist by preying on the livestock, and pastoralists kill the carnivores in retaliation. For my PhD with the Snow leopard Trust and the Nature Conservation Foundation in India I studied one such uneasy relationship between pastoralists and snow leopards and wolves in the Upper Spiti valley of the Indian Trans-Himalaya. 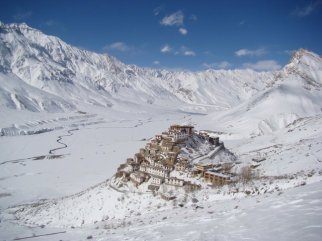 My interest began when I first visited this place for my MSc dissertation. Then, I spent a freezing winter at -30C to study the feeding ecology of blue sheep, the principle prey for the snow leopard in this region. However, I soon realised that the local pastoral people, their livestock and grazing system were deeply woven into the ecology of the Trans-Himalaya. I decided to come back for my PhD and integrate the socio-economic aspects of the region into my research.

The first objective of my study was to identify the ecological factors that pre-dispose an area within a landscape to livestock predation. We first mapped the distribution of snow leopards, wolves, their wild-prey (ibex and blue sheep) and the villages and livestock grazing areas. Contrary to popular wisdom, which states that if there is more wild-prey available there will be fewer attacks on the livestock, we found that areas that had more wild-prey for the snow leopard also experienced higher incidences of livestock killing by this predator. We suspect that areas with more wild-prey support a larger population of the snow leopards, leading to a greater number of livestock kills.

Even though wolves were distributed only in a third of the landscape, more villages perceived wolves as a greater threat than snow leopards. This was more surprising because snow leopards killed more livestock than the wolves. Interestingly, wolves were perceived to be a threat wherever they were present in the landscape. This perception was irrespective of whether they were responsible for livestock predation locally. 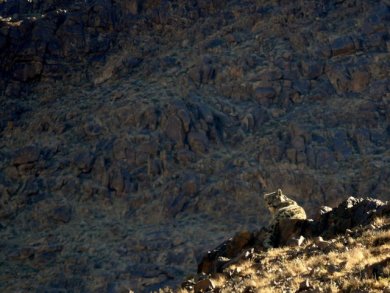 At the Snow Leopard Trust and the Nature Conservation Foundation we are trying to make sure that every initiative we start to help wild ungulate populations grow is accompanied by measures to better protect livestock in the area. Measures such as employing better herders, who actually stay in the pastures with the free-ranging yaks and horses, protecting them from the snow leopard.

We are also focusing on expanding the existing livestock insurance program that can offset the financial loss of livestock depredation, and help increasing peoples’ tolerance to carnivores through programs education program.

Our study has revealed another dimension of the complex relationship between herders, livestock and snow leopards that has to be taken into account when designing conservation programs. The discrepancy between real and perceived threats makes it more difficult to identify the communities and pastures where the protective measures discussed above are most urgently needed. However, working with the communities we are trying to build a partnership that allow us insights into this complex relationship.