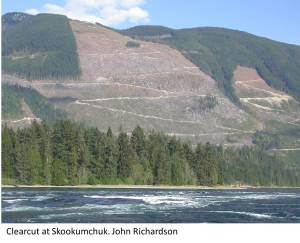 Most of us depend on paper, packaging, building materials and fuel wood. Forestry is an important industry, however, the impacts on freshwaters are immense and over the years forest managers have generally come to leave some trees alongside streams to protect freshwaters, i.e., riparian buffers. A new study by Richardson and Béraud shows that the impacts they are trying to protect against are more different from place to place than anyone had previously realised. 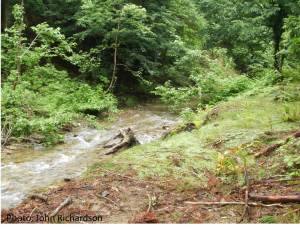 A lot of forest protection in the riparian zones of streams was intended to protect coolwater fish, especially trout and salmon. In many places, providing some shading of streams kept the water cool and fish were happy, and so were fishermen. That certainly makes sense where summer heat can approach critical limits and where fish can die from high temperatures. But maybe this concept doesn’t work in the same way everywhere. One study from Alaska decades ago suggested that removing shade might warm up streams so that fish didn’t spend most of the year in frigid water, and certainly would not increase temperatures to the point where it was lethal. That kind of suggestion was rapidly dismissed by the standard thinking at the time; however, the key concept has persisted: should managers assume that there is a “one size fits all” approach for conservation of freshwater streams? 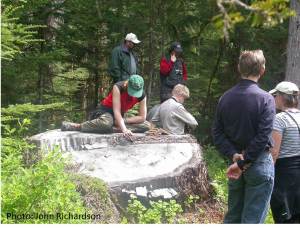 This new study tested the paradigm that forest harvesting has similar effects on streams around the world using a meta-analysis of 34 independent studies. Richardson and Béraud showed that streams in different parts of the world react differently to streamside forest harvesting: in some places, harvesting decreased stream productivity and macroinvertebrate biodiversity, but in other places, harvesting increased productivity and diversity. Additionally, the effects of harvesting sometimes depended on landscape and local features, such as stream width, gradient, and local climate. This suggests that best management practices developed in one place may not be the best management elsewhere without consideration of how ecological processes are affected by specific environments. We are learning more about how management of forestry needs to be tailored to local conditions without assuming the same practices work to achieve the same outcomes in all places. A more complete understanding of the ecology of these linked terrestrial and aquatic systems and what drives these differences in responses is needed to determine how to best manage for sustainable forestry and freshwater ecosystem health.